The Advocates Coalition for Development and Environment (ACODE) is an independent public policy research and advocacy Think Tank based in Uganda, working in the East and Southern Africa sub-regions on a wide range of public policy issues. Our core business is policy research and analysis, policy outreach and capacity building. Since the organisation was formed 19 years ago, ACODE has emerged as one of the leading regional public policy Think Tanks in Sub-Saharan African. ACODE has been recognised among the Top-100 Think Tanks worldwide by the University of Pennsylvania’s 2017 Global-Go-To Think Tank Index Report.

As a non-partisan and independent organisation, ACODE does not align with any political party or political organisation. However, given the direct relationship between development policy and politics, we believe that our work is political and it must stand for certain political causes of a bi-partisan nature. Such causes are legitimate issues of research interest so long as they are defined on the basis of constitutionalism, the rule of law, as well as national and regional interests as expressed in the relevant treaties, strategy documents and declarations. 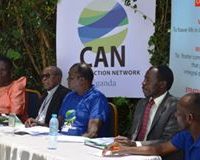