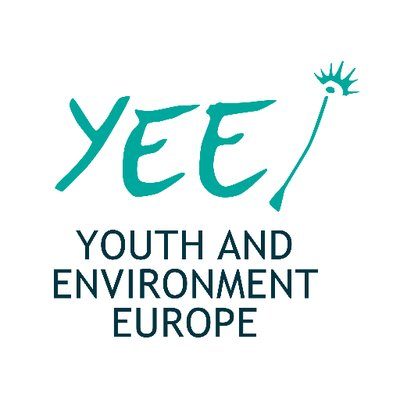 YEE gives an opportunity to contact other European organisations, to exchange experiences and ideas and to work together.

All our activities are organised and carried out by young people under 30. YEE organises and encourages all activities that can increase the knowledge, understanding and appreciation of nature and the awareness of environmental problems among young people in Europe.

Our aim is to promote the commitment of youth to the principles of environmental conservation. Therefore, young people’s voluntary actions have to be stimulated for the protection and the rational use of the Earth’s resources. Since environmental problems have no borders, we act together within YEE in order to address these problems in local communities and joint activities. Within international actions, we intend to raise public awareness about environmental problems.

Take a look at the YEE promotional materials.

YEE is a member organisation of:

Youth and Environment Europe was founded as the European regional branch of the International Youth Federation for Environmental Studies and Conservation (IYF) on the 3rd of August 1983 in Stockholm. The YEE office has been located in three locations. The first YEE office was based in Copenhagen.

In 1986, after the work of a research group on the forest, a new organisation was born from YEE: the European Youth Forest Action (EYFA) that remains active today.

In 1990 the YEE office moved to it’s second location in Utrecht, the Netherlands to locate it more centrally to the member organisations being part of the network at that time.

In 1991, as a further subgroup from EYFA, ASEED started to work as a separate network.

For some years in the 1990’s, a member organisation from Malta hosted a second YEE office in order to deal with the Mediterranean issues closely.

In 1998, the third change of the location of the office occurred. This time the medieval stronghold Toulcuv Dvur in Prague was chosen. Toulcuv Dvur is an ecological center that unites a range of ecological, educational and cultural activities. The area consists of eight hectares of land including wetlands around a little stream. YEE’s office is still located here today.

From 2003 YEE started to host volunteers who help as members of the office team in daily work of the organisation.

Today, the office team consists of the General Secretary, Projects Coordinator and 2 volunteers.

No entries were found.