HAPS is founded in October 29, 2001 to work through out the country to help the animals and solve the problem with the help of ANIMAL PEOPLE, USA and it is the first of its kind in Ethiopia.

HAPS came to existence having the idea of Animal Birth Control /ABC/ program through Trap Neuter Release /TNR/ method which can replace the dog shooting and poisoning as a means of population and rabies control, by its founders who were working in the Bale Mountains National Park /BMNP/, a national park with a diverse fauna and flora in which most of them are endemic to Ethiopia 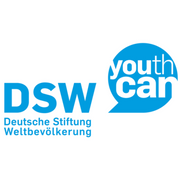