Sustainability Impact Organization
Unnamed Road, Ethiopia
251-1-512982, 150102,251-1-512982, 150102,
che@telecom.net.et
The need. The scale and intensity of environmental disasters due to the depletion of life support systems have increased in the last few decades, when measured in terms of the millions of our citizens who have perished because of draught and famine. The crisis caused by the recurring draught and famine is not only a socioeconomic plight but has also become a human, legal and political impasse. It is a crisis, which is still tragically and glaringly manifested in the suffering, hardship and impoverishment of the vast majority of our people.

The cause for this crisis is essentially the inappropriate and unsustainable exploitation of life support system, which is apparent in the incredible rate of loss of bio-mass cover, soil erosion, irregularity and lack of precipitation, climatic change and creeping desertification.

Therefore, there is not only a strong need to reverse this situation, but also that the demand for some important attitudinal shifts among farmers, entrepreneurs, planners, decision makers, research and development think-thanks, and the public at large has never been more acute.

This needs a rational base for policy development in the fragile area of natural resources management, alongside the responsibility and accountability one should assume.

It is against this background of, on the one hand the horrifying environmental degradation that has rendered life support systems in the country untenable and, on the other, the emergence of new development paradigms on sustainability that LEM, the Environment & Development Society (Lem Ethiopia) is being launched. Thus, Lem the Environment & Development Society of Ethiopia is a citizen’s movement inspired with the concepts of sustainable development and established in March 1992. Since its establishment Lem Ethiopia has entered into a voluntary partnership with communities, schools, civil societies, national & international NGOs, government institutions at different levels, etc. working on environment/natural resources conservation and promotion of alternative technologies to translate the noble ideas of sustainable development and livelihood security into everyday action. It has legally registered by authorized government body & renewed its license every year.

More importantly, LEM Ethiopia enters into a voluntary development partnership with communities, to translate the lofty ideas of a stable environment, sustainable development and livelihood security into everyday action. 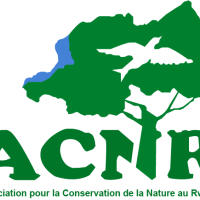